English is the language of a world we wish you would travel as referee. This is the first of many useful "pills" about refeering english!

Football is a worldwide language. Kicking a ball, scoring goals or tackling an opponent sound the same anywhere around the globe. However, as a referee, you may have to express yourself, letting people understand you the best way possible. Here, in your homeland, this isn’t something to worry about: Italian is the pitch native language: if people on it don’t understand you, maybe they’re ignoring you!

However, we wish you to reach the farthest places in the world, hoping that Football would be the ticket. Therefore, letting you go outside without a foreign language knowledge would be a primal sin. So, as the tiniest of our gift, we would like to give you some “English advice” about refereeing. Since we aren’t arrogant we can’t offer you complete lessons, which belongs to the experts. Let’s take this article and the further ones as pills of English, useful for any needing. Starting from yourself!

What do you wear?

You can judge a referee by his/her dress. From Tip to toe, we wear a whole uniform, with a pair of shorts, socks and football boots. And of course you won’t forget the mandatory gears, such as a powerful whistle, the infamous yellow and red cards and a proper-shaped notepad. Wait, did I forget something? Yes, and it’s something as important as the Time. Every ref has to keep track of every minute of a match and putting it on the wrist, through a watch.

Referee, It’s all about the calls

On the pitch, game is always on. At least as your brain has to be. See, Evaluate, Decide: those make a call, which has to be taken within seconds! Seeing is about being careful, Evaluating is about being keen on, Deciding is about staying mentally awake. And they’re all happening through a working brain. That may seem hard, but it gets easier as your effort improves, through constant and focused studying. For now, let’s avoid both the athletic and the tactical matter, which aresomething thatwe will explore later in our advices.

Calls don’t come up suddenly like the snow does. When a foul, a misconduct, an offside or others happen, a referee has to behave precisely. Following a chronological order, blowing the whistle to stop the game is mandatory, in order to let everybody understand that something outside the Law has happened. You can always come up with a card, but only if necessary. When the call is over, the game can resume, sometimes with another whistle, sometimes not. If you have taken the course, you know all the do’s and don’ts.

Here, we have talked about the referee itself. Next time we will go deeper in the game, giving special attention to the Laws of the Game, the Referee’s Bible! 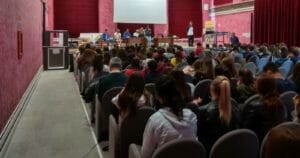 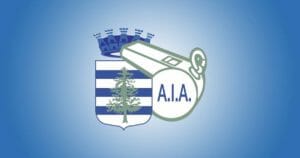